With the introduction of a spring concert in April, 2019 was the first year that our choir had attempted two major concerts within a 9 month period – so James’s decision to create a programme of pieces composed or arranged by women was an even braver one!

At its heart was a challenging and suitably seasonal 5-movement contemporary piece called ‘Snow Angel’ by Canadian composer Sarah Quartel. It featured a cello and piano accompaniment so could have been designed for us with the two amazing Claires we have at our disposal! – Claire (piano) Brennan and Claire (cello) Davis. The score was haunting and lyrical at the same time and to make it an even more rounded piece, was interspersed with readings, beautifully presented by Helen Morton, Ross Watt and Petra Willen. It emerged that this was the Scottish premiere of the piece, about which the composer was very excited – and James had cleverly engaged her in some constructive feedback of our work in progress across the pond, which was both helpful and innovative.

On each side of this central focus were works by Alison Burns ‘Why does the caged bird sing?’, Andrea Ramsey ‘Out in the fields’ and, as the opener of the second half a beautiful version of ‘Flowers o’ the Forest’ by one of our very own female arrangers, Karin Griffin. As it was both unaccompanied and from memory, we were quite apprehensive about not letting Karin and James down, but with the amazingly strong soloist we have in Emma Emmerson, it seemed to work well and create the moving atmosphere that the piece has always evoked.

Works by Karine Polwart, Joni Mitchell, Annie Lennox and Enya followed with crowd-pleasing melodies, balanced by a lovely reading of Maya Angelou’s ‘Caged Bird’ by John Duffield and Robert Turnbull. A nod to the Christmas story was provided by Lin Marsh’s ‘Diamond Bright’, before the concert ended with Carole King’s ‘You’ve got a friend’ as the encore.

While concerts previous to this one have raised essential funds for a chosen charity – MND, the Scottish Refugee Council, Poppy Scotland, the British Legion and the Anne Rowling Foundation amongst others – this one was raising money to sustain the choir itself with increasing costs such as room hire and musical score purchases. Instead of the usual Grand Prize Draw, a Christmassy feel was injected alongside the concert with a Craft Fair, with handcrafted items made by members of the choir. 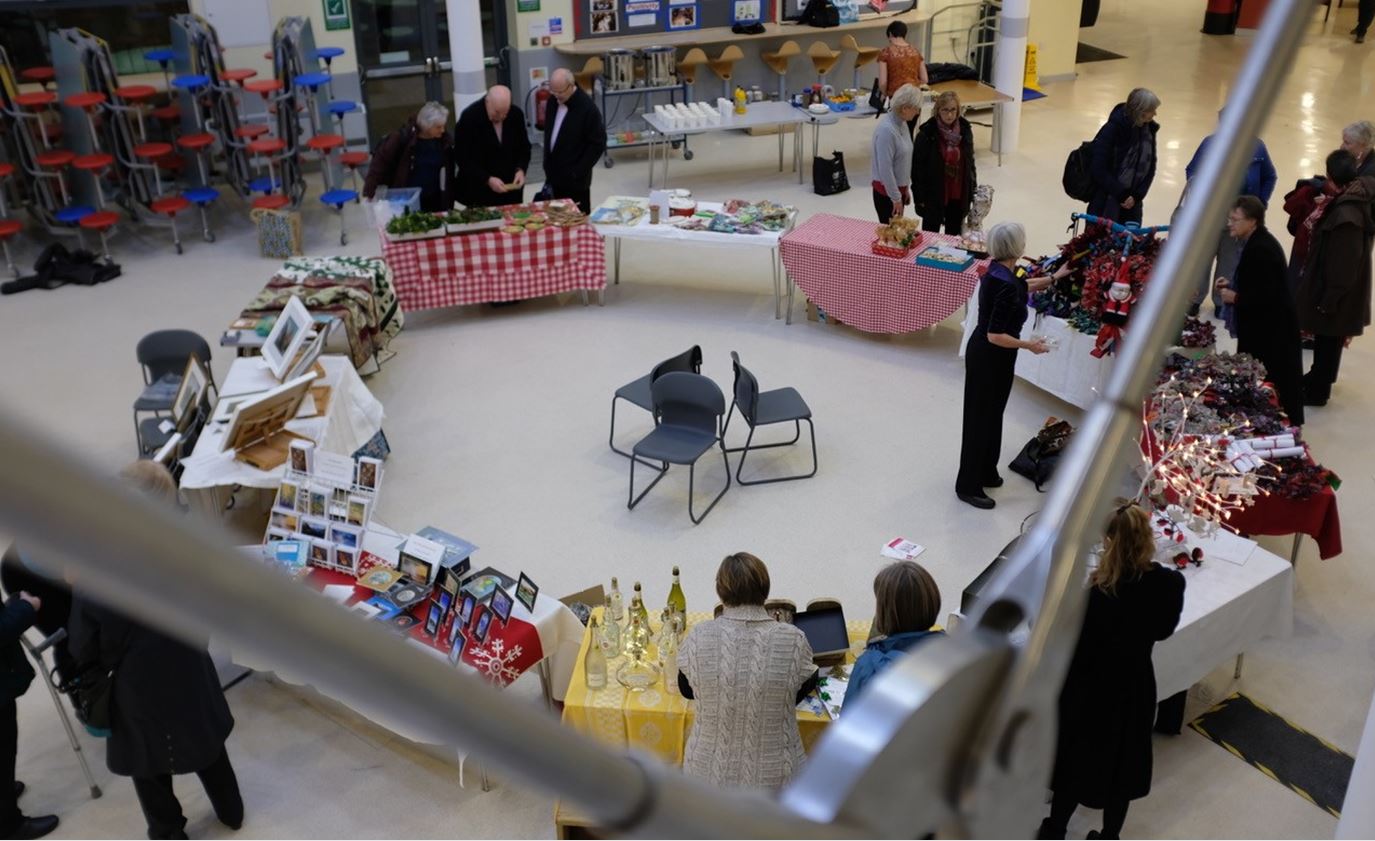 Want to join in?

We love to see new members and everybody is welcome. Membership details can be found here. To find out more email contact@lauderdalechoir.org.uk.